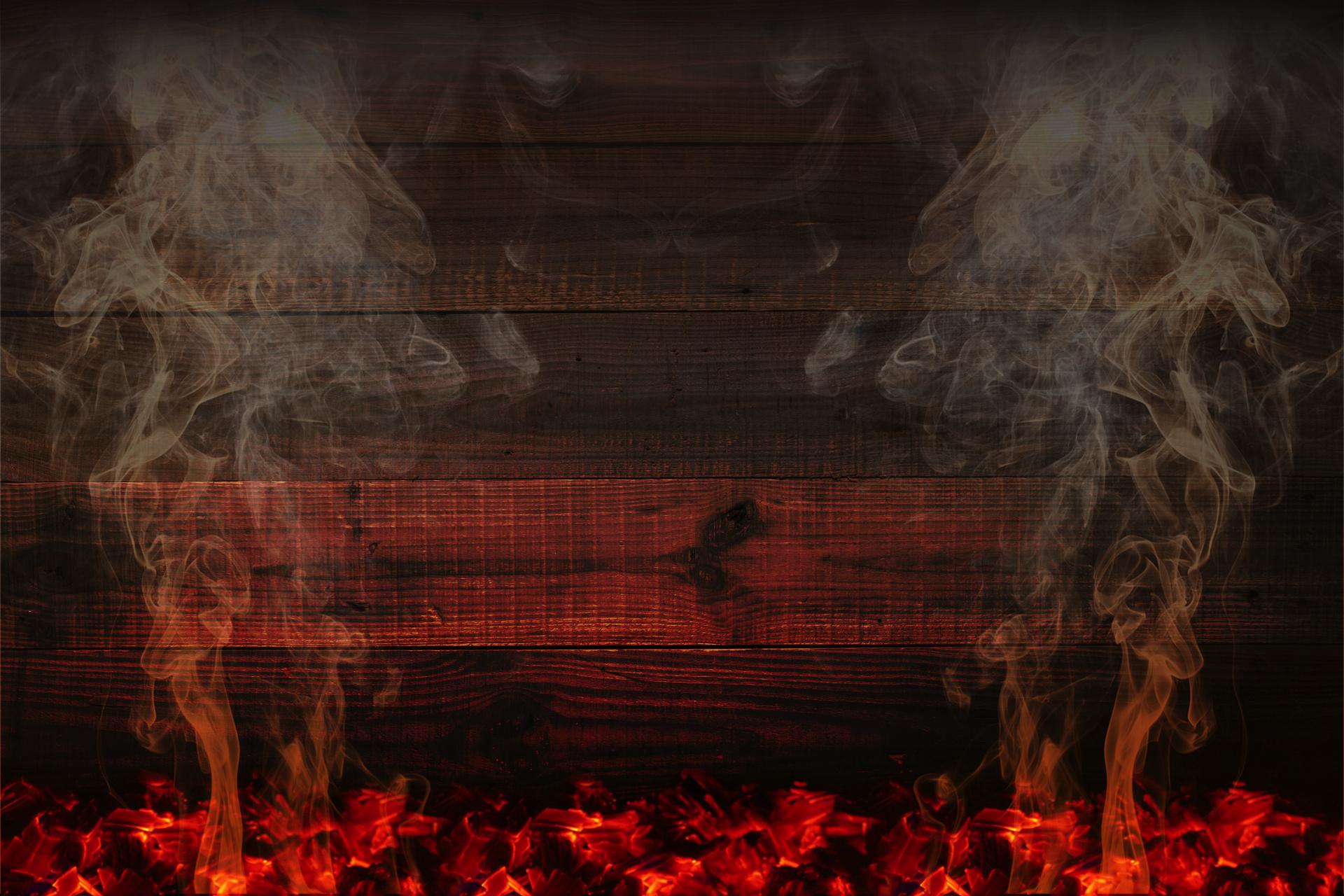 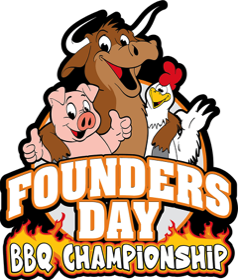 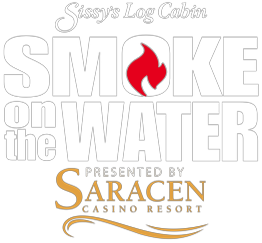 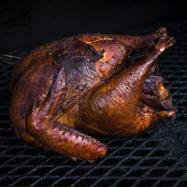 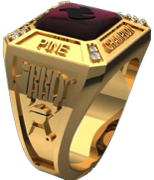 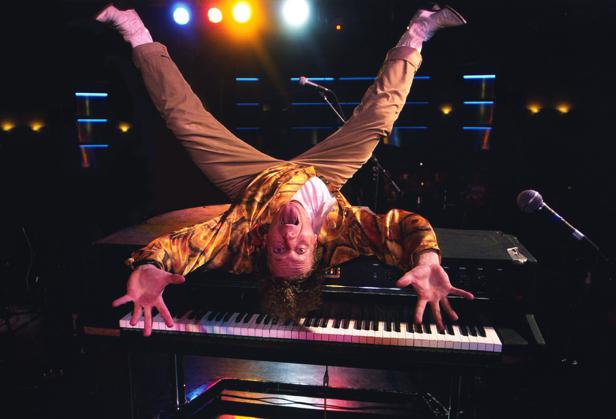 Helena, Arkansas is home to the world-famous King Biscuit Blues Festival, where the best of the best musical artists fill the town with the coolest blues music this side of paradise. The festival attracts hundreds of thousands of people from all over the world to the banks of the Mississippi River. Featuring blues legends and up-and-coming acts, this iconic festival, held the weekend before Columbus Day each October, continues to preserve and promote the music of the Delta. Taking its name from “King Biscuit Time,” the longest-running radio show in history, the festival brings together people from all walks of life who appreciate blues culture.

To the cool blues, add some hot grilling and you have the Fourth Annual BBQ & Blues on the Levee, where the country’s best barbecue teams join the most ardent music fans for an unforgettable experience for your senses.

In addition, we’re proud to announce our partnership with Smithfield, and the extra $3,000 they’ve added to our prize pool.

What’s more, the Turkey Smoke Ancillary Category is offering $1,000 prize cash. There’s no entry fee and the turkey is provided.

With a guaranteed purse of $10,000, BBQ & Blues on the Levee is considered one of the South's richest contests and is sanctioned by the Kansas City Barbeque Society. The Arkansas State Championship event is a qualifier for the Jack Daniel's® World's Championship Draw.

White Hall Founders Day BBQ Championship Has Been Postponed Until 2023

White Hall is Arkansas’ youngest, safest and fastest-growing city. In the 1800’s, people traveling by horse-and-wagon from Little Rock to Pine Bluff would stop at Crenshaw springs to enjoy the clear water. Whether swimming, washing clothes, or watering their horses, travelers returned to the area because they knew “good water” flowed there.

Travelers began settling around the creek and eventually built a small, one-room structure for church services and group meetings at the top of the hill next to the spring. As the building’s clapboards had been whitewashed, it became the most prominent landmark referred to by everyone in the area as “the white hall.”

Since the city’s incorporation on July 14, 1964, the Founders Day Fall Festival has been the city’s most popular and widely attended event of White Hall’s annual calendar.

Following the annual parade, the festival, held in White Hall City Park has always included a showcase of performances by a wide variety of local talent, including dance troupes, gymnastics teams, bands, choirs and others. Families can round out the day’s fun with a pancake breakfast, festival foods and beverages, souvenirs, games and of course, the Founders Day BBQ Championship, a tradition for decades.

Make plans now to join us for White Hall’s biggest celebration ever! When Fun is the name of the game, White Hall is the host with the most!

It’s a simple proposition: To be the best, you have to beat the best. And Sissy’s Log Cabin Smoke on the Water Championship at Saracen Casino is offering $50,000 to find out who’s the best.

Considered one of the world’s richest competitions with a guaranteed purse of $50,000, the KCBS-sanctioned Grand Champion purse of $15,000 is one of the largest on the competition circuit. We’re spreading the love by paying top five overall and top fifteen in all categories. Note: This is the last date to earn Team-of-the-Year points.

If you make the best of what you make, here’s your chance to offer your product to our festive crowds and make good money! Whether your specialty is woodworking, sewing, candlemaking or serving up mouth-watering festival food, we have a spot for you for a modest fee. But you must register to be included.

Note: Water will be available, but bring your generator if you need electricity.

Thanks to the generous barbecue enthusiasts at Tyson Foods, Incorporated, the purse for the bonus turkey smoking contest is plumper than ever! Just tick the

In addition to the $15,000 cash prize, our Grand Champion will receive this stunning, massive championship ring custom-crafted exclusively for Smoke on the Water by the master jewelers at Sissy’s Log Cabin, the Mid-South’s premier independent jeweler since 1970. This impressive, karat-gold mounting is set with genuine gemstones. Professional footballers, eat your heart out! And while you’re at it, have a little barbecue on the side. Also, the winner will be eligible for the Jack Daniel’s World’s Championship draw.

In addition, we’re proud to announce our partnership with Smithfield, and the extra $3,000 they’ve added to our prize pool.

Saracen Casino Resort, located at 1 Saracen Resort Drive, Pine Bluff, AR 71601, is built on 345 acres at the intersection of Martha Mitchell Expressway and US 63/79. The resort offers first-class amenities and the ultimate personalized service in a Native American casino resort setting. 2,000 slot machines plus 300 machines at Saracen Annex located across the street keep you entertained. 30 table games, poker play, sports book, with a variety of tournaments, big ticket giveaways and live entertainment.

For dining, choose the Red Oak Steakhouse, a fine restaurant with a focus on high-quality beef sourced from the Quapaw Cattle Company; the Downstream Crafted Brewing Company, an on-site brewery using local honey and wheat; Quapaw Kitchens, offering a range of cuisines for diners; and The Post food court with four different dining concepts. Visit the traditional Crossroads Bar and the Legends Sports Bar, with a live entertainment stage, a 25-foot video wall, a sports book and more.

Music: It Turns a BBQ Competition into a BBQ Party!

Our headliner, Jason D. Williams, recorded for RCA and Sun Records in the 1980s and ’90s, and returned to the recording fold in 2010 and has continued steady since. At the age of 16, Williams left his hometown of El Dorado, Ark., to perform with LaBeef who had set up a base of operations in northeast Massachusetts. Williams, who continues to work with LaBeef on occasion, went solo in the late 1980s and found a steady home at Mallards in the Peabody Hotel in Memphis, when a snowstorm stranded him a few steps from the Peabody door. Quickly, he attracted a following and as they say, “the rest is history.” A wild man onstage, Jason generates seemingly endless energy and continues to tour more than 160 shows a year.

registration form to show that you’re competing in this free-to-enter “side-hustle!”

The turkey will be provided at no cost to you. Just smoke it the best you know how and turn it in for professional judging. The payout will be to 10 places, with the First Place winner awarded $2,500 cash! You have nothing to lose and plenty to win!

Note: Points earned in this contest count toward Team-of-the-Year totals.

Pine Bluff’s own Port City Blues Society Players is a loosely assembled group of expert Blues music practitioners. Some or all of them can be found singing and playing their soulful, heart-rending versions of Blues favorites throughout Central Arkansas and beyond. Our good fortune – and yours – will allow you to hear them playing their special brand of Blues Saturday afternoon.

Tragikly White brings their hi-octane blend of dance and rock to crowds all over the U.S. and makes them one of the most sought-after touring acts around. You’ll hear all your favorites, from Usher to the Bee Gees, from AC/DC to Kanye West, from Chuck Berry to Buck Cherry – all delivered with an intensity that is completely over the top! No wonder they are regularly voted one of Arkansas’ best. 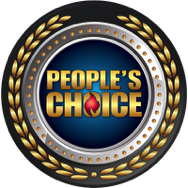 Back by popular demand, we’ll present our People’s Choice sampling contest! Members of the barbecue-loving public will have a chance to taste-test world-class barbecue in blind-labeled samples.

Participants will vote for their favorite barbecue, by texting their nominees on their mobile phones. The People’s Choice Winner will be announced on the Main Stage along with our other winners. 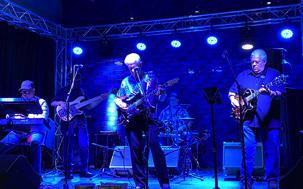 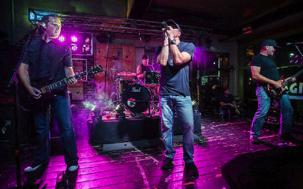 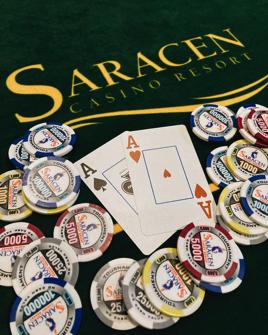